The Role of Genetic Mutations on Gene AURKC in Macrozoospermia Syndrome

This syndrome is characterized by abnormal sperm in infected men and results in the father being unable to have a biological child (infertility). Macrozosporal syndrome is caused by the mutation of the AURKC gene located on the long arm of chromosome 19 at 19q13.43.

Macrozoospermia syndrome is a genetic disorder that affects only men. This syndrome is characterized by abnormal sperm in infected men and results in the father being unable to have a biological child (infertility) [1]. 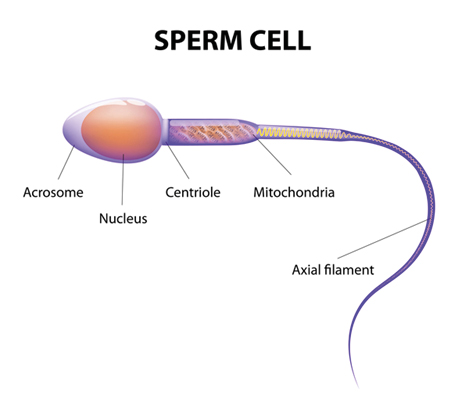 Figure 1.Schematic of the Structure of the Sperm Cell

Men affected by this syndrome have abnormal sperm cells in the large morphology. The sperm cell head contains the genetic information of the male, which must be passed on to the next generation. Typically, the head of a sperm cell contains a copy of each chromosome. In men with Macrozoospermia syndrome the sperm cell serum contains additional chromosomes, usually four copies of each instead of the usual. These extra genetic materials account for the larger head of the sperm cell. In addition, instead of having one tail (flagellum) in each sperm cell, macrozomal-affected sperm contain several flagella and often four flagella. Due to additional genetic material, if one of these abnormal sperm cells is accompanied by an egg cell, the embryo cannot grow or the pregnancy will cause an abortion [2].

Macrozoospermia syndrome is caused by the mutation of the AURKC gene located on the long arm of chromosome 19 at 19q13.43. This gene provides instructions for the synthesis of a protein called Aurora Kinase C. This protein is abundant in the testicles of men, which are male reproductive organs, where sperm are produced and stored. In the testes, this protein regulates the division of sperm cells. The Aurora Kinase C protein ensures that the mechanisms of cell division are in place and aligns the chromosomes correctly so that each new sperm cell contains a copy of each chromosome after cell division [3].

A mutation in the AURKC gene that causes Macrozoospermia syndrome results in the production of inactive protein or the production of a rapidly degradable protein. This lack of Aurora Kinase C protein blocks cell division in sperm cells. Without cell division, chromosomes do not divide into several new sperm cells. As a result, the affected sperm cells contain extra chromosomes, which usually have four copies in place of one [4].

Macrozoospermia syndrome follows an autosomal recessive inheritance pattern. Therefore, two copies of the mutated AURKC gene (one from the father and the other from the mother) are required for this syndrome and the chance of having a child with autosomal recessive syndrome is 25% for each possible pregnancy [4].

Macrozoospermia syndrome is a male genetic disorder with an estimated incidence of 1 in 10,000 men in North Africa. The outbreak of this syndrome outside North Africa is unknown [5]. 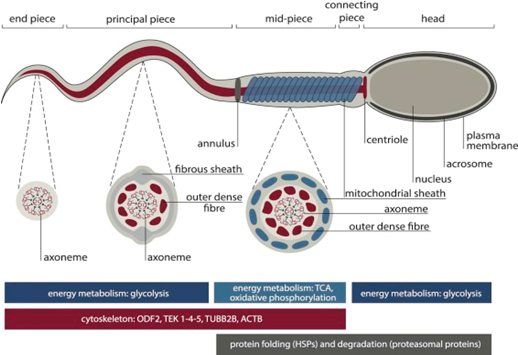 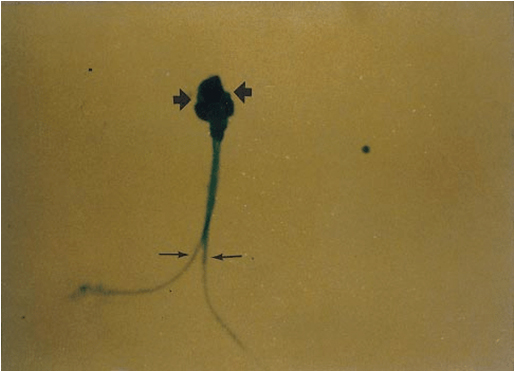 Macrozoospermia syndrome is diagnosed based on clinical and clinical findings of patients and some pathological tests. Using spermogram technique to determine the size of sperm cells and study the morphology and topology of sperm cells is helpful in the diagnosis of this syndrome. The most accurate method for the diagnosis of Macrozoospermia syndrome is molecular genetic testing of the AURKC gene to detect possible mutations [6]. 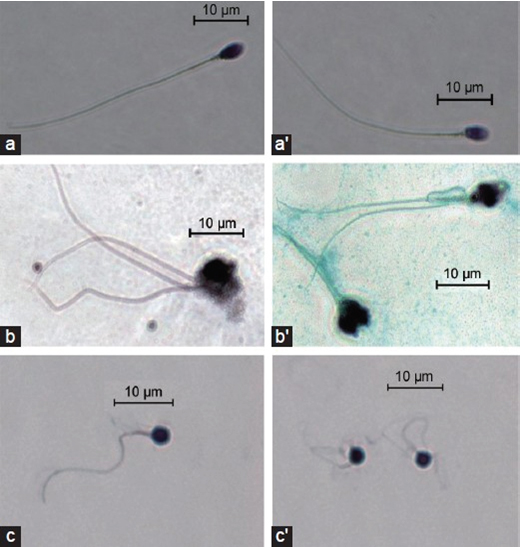 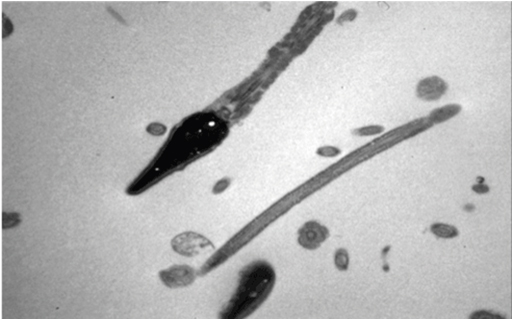 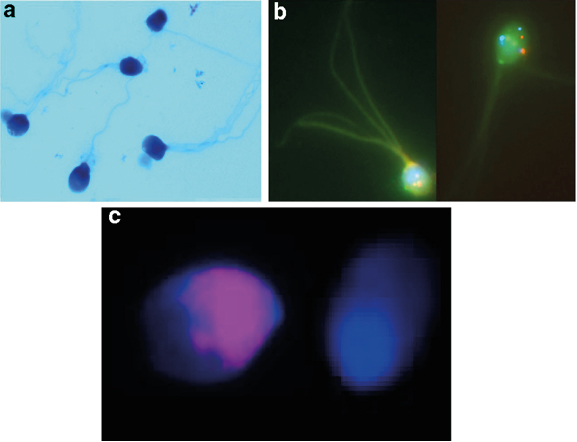 The strategy of treatment and management of Macrozoospermia syndrome is symptomatic and supportive. Treatment may be done with the efforts of a team of specialists, including an urologist and a genital mutant and a sex hormone specialist. There is no standard treatment for this syndrome. Genetic counseling is also needed for all families seeking a healthy child [6]. 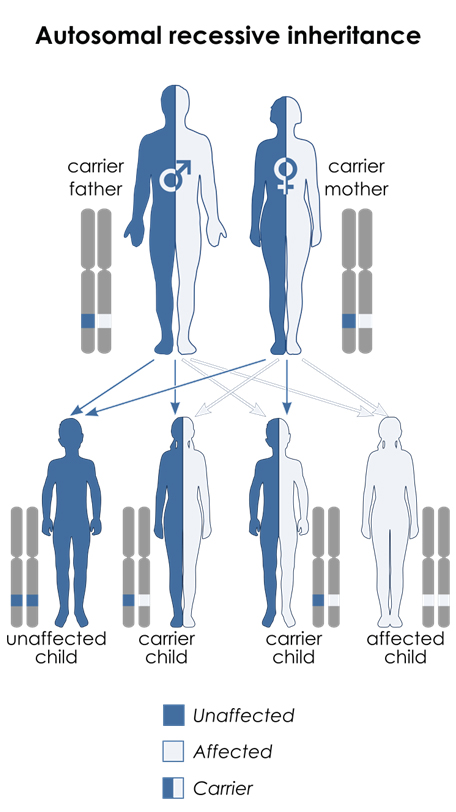 Male infertility due to large-headed multiflagellar polyploid spermatozoa is a male infertility due to sperm disorder characterized by the presence, in sperm, of a very high percentage of spermatozoa with enlarged head, irregular head shape, multiple flagella, and abnormal mid piece and acrosome. It is generally associated with severe oligoasthenozoospermia and a high rate of sperm chromosomal abnormalities (polyploidy, aneuploidy) [1-6].

©2020 Asadi S. This is an open-access article distributed under the terms of the Creative Commons Attribution License, which permits unrestricted use, distribution, and reproduction in any medium, provided the original author and source are credited.

Figure 1.Schematic of the Structure of the Sperm Cell