Orthodontic treatment may initiate oral clinical manifestations, such as labial desquamation [1] multiform erythema [2], gingivitis [3], and gingival enlargement [4]. Such manifestations are usually associated with the inflammatory response induced by the corrosion of orthodontic appliances, and major emphasis has been placed on nickel [5]. Inflammatory response to nickel is considered as type IV hypersensitivity and is manifested as nickel allergic contact stomatitis but it is an etiology has not yet clearly been defined [6].

Throughout interceptive and corrective treatments, orthodontic bands are commonly used in daily practice. The bands are usually made of stainless steel and consist of nickel, iron and chromium, and are considered a biocompatible alloy [7]. However, in several clinical situations, it is necessary to connect orthodontic wires to the bands, especially when auxiliary appliances, such as lingual arches and maxillary expanders are made. Due to its proven performance low cost and ease of use, silver solder is the alloy of choice for connecting the support wires to the appliances. Nevertheless, the silver solder alloy comprises iron, copper and zinc. These ions present a major tendency to be released to the buccal cavity [8] and they may have cytotoxic effects, resulting in decrease of cell viability [9]. Cadmium used to be added to the composition of silver solder alloys some decades ago [10] and, due to the process of zinc obtaining from the ores, cadmium may appear as a zinc contaminant [11]. It is important to remember that cadmium exposure is responsible for hepatic, renal, and myocardial damage characterized by increased creatinine, total and direct bilirubin concentrations and increased ALT and lactate dehydrogenase (LDH) activities [12]. Besides this cadmium has been considered a mutagen and may be related to the occurrence of cancer [13-15]. Laser welding can be an alternative to soldering with silver solder. The energy generated by laser soldering promotes real fusion of the joined metals. It may be less susceptible to corrosion and thus more biocompatible.

The aim of the present work was to evaluatethe cytotoxicity of arch wire on human gingival cells in orthodontic patients under supportive phase of periodontal therapy.

Patients had orthodontic appliances according the duration that mention below

One hundred and sixty patients systemically healthy were selected from the out patients clinics of our training centers in:

Plaque index (PI) and gingival index (GI) were recorded for all patients (Figure 1&2). 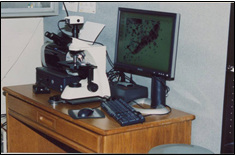 Epithelial cells were collected from gingival were smeared on to clean microscope glass slides. The cells were fixed with cold 100% methanol. The slides were aged at37OC overnight and then stain with Giemsa, May-grunwald.1000 nucleated epithelial cells will analyze for the presence of MN Necrotic and apoptotic cells at a final 40x magnification for each participant. The cells harboring micronucleus necrotic and apoptotic had been recorded 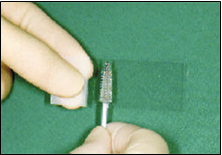 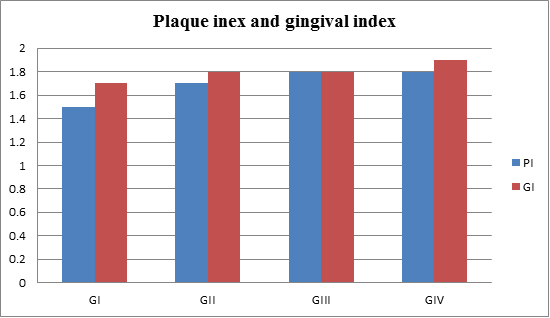 Plaque index (PI), gingival index (GI) and Changing of MN incidence was calculated as percentage for each group and compared with control by One-Way ANOVA, and Student T-test. Statistical significance will determine.

Figure (5) summarized the mean and Mean and SD± of periodontal clinical parameters of all patients groups. There were significance differences in plaque index (PI), and gingival index (GI), compared to the patients in control group.

There was no significant induction of micronucleus, apoptosis and necrosis. Comparing the results showed that normal group (with no wire) had the lowest value of MN, while the MN frequency increased very slightly with non-significantly value in other three groups (Figure 6). Whereas results showed a significant increase between regions, Najran has the max average (Figure 7). No significant related to the periods of installation (table 4).The microscopic investigation of Micronuclei also showed a variation in their shapes and number per cell as show. The micronucleus type (M1) was found in all groups, while, type (M2) and (M3) micronucleus were not found in any group (Figure 8). Where the deformed nucleus (irregular in shape and has loops) and necrotic cells were not detected in any group. 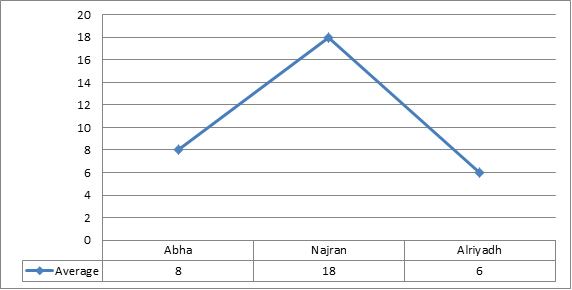 The aim of the present work was to evaluatethe cytotoxicity of arch wire on human gingival cells in orthodontic patients under supportive phase of periodontal therapy. Cytotoxicity tests are undertaken in the investigation of the biocompatibility of biomaterials used in human and veterinary medicine to evaluate the possibility of toxic substance release. The selection of the type of cells for cytotoxicity assessments is dependent on the type of tissue the biomaterial is in contact with under in vivo conditions.

Cytotoxicity tests on the osteoblasts (OBs) and fibroblasts are carried out to evaluate the biocompatibility of orthodontic implants or orthodontic appliances [16]. There is a need to elaborate on an experimental methodology of cytocompatibility testing of the materials used in medicine: the applied concentration of metal ions and the type of exposure, and culturing cells directly on the material or in media containing the products of its corrosion. In the case of implanted alloys, such as dental or hip implants, culturing on the surface seems to be more rational. However, cell cultivation in model media with a precisely estimated concentration of metal ions in preliminary experiments, e.g., in artificial saliva/biomaterial, seems more appropriate in cytotoxicity tests for dental materials. This is probably a more suitable method for the evaluation of cytotoxic effects of the materials of which orthodontic fixed appliances are made.

Plaque is the major etiologic factor in the development of gingivitis [17]. Experimental animal studies have shown that in the absence of plaque, orthodontic forces and tooth movements do not induce gingivitis. In the presence of plaque, however, similar forces are capable of inducing angular bone defects and with tipping and intruding orthodontic tooth movements, attachment loss can occur [18]. In healthy, reduced periodontal tissue support regions, orthodontic forces kept within the biological limits do not cause gingival inflammation [19]. The most important factor in the initiation, progression and recurrence of periodontal disease in reduced periodontium is the presence of microbial plaque [20]. Following placement of a fixed appliance; some amount of gingival inflammation is noticeable in most patients that is usually transient and does not lead to attachment loss [21]. Gingival hyperplasia can be a potential problem around orthodontic bands, leading to pseudo-pocketing. However, this usually resolves within weeks of depending. The importance of plaque control and good oral hygiene must be stressed to the patient before starting the fixed appliance treatment and adequate patient compliance must be ensured throughout treatment to prevent gingival inflammation. In the present study there was increased in plaque index (PI) and gingival index (GI) in all patients group compared to the patients of control group. Orthodontic materials have the potential to induce allergic reactions in some patients [22]. Nickel present in orthodontic appliances like brackets, bands, and archwires is responsible for causing allergic reactions in some patients.

Latex found in gloves, elastics, and elastomeric ligatures may cause reactions to the protein antigen present in rubber in a few patients. Methyl methacrylate found in bonding agents and composite is also responsible for allergic reactions in rare cases [23].

Biocompatibility depend on the ability of a biomaterial to perform its ideal function with regard to a medical therapy, without causing any adverse local or systemic effects in the recipient or benefit of that therapy but producing the most suitable effective cellular or tissue response in that particular situation and maximizing the clinically relevant effectiveness of that therapy [24].

While evaluating the biocompatibility of orthodontic metal components, corrosion is the main concern. The release of several metallic ions [25] may lead to hypersensitivity and allergic reactions, either locally as well as systemically [26]. The orthodontic metal wire has progressed from nickel-chromium-iron (Ni-Cr-Fe) stainless steel (SS) alloy to nickel-titanium (NiTi) alloy. This is related to its properties: (1) super elasticity, (2) thermal shape memory, (3) good corrosion resistance, and (4) good biocompatibility.

Brackets used in orthodontic treatment include the mechanisms by which the arch wire can shift force to the teeth. The orthodontic brackets may be Biodegraded in the warm and moist conditions of the mouth. Moreover, it is an effective way to release metal ions that can cause side effects on oral mucosa and gingiva or alveolar bone.

Clinically, each orthodontist should concentrate on using low cytotoxic materials to reduce the negative impact. Schuster et al. [28] recommended that based on careful attention to patients’ case histories, the orthodontist should use ceramic, plastic or titanium brackets for fixed appliance therapy in patients known to have a nickel allergy. However, it is a matter of dispute whether plastic brackets should be used, because of the potential action of various polymers at subtoxic levels [29] .Pereira et al. [30] the effects of 2 metal and 2 ceramic brackets on the buccal mucosa epithelial cells in 21 individuals of both sexes were investigated. With the use of liquid-based exfoliative cytology, morphometric and morphologic changes in buccal mucosa cells adjacent to these brackets were determined. They concluded that buccal mucosa cells attached to the metal brackets demonstrated significant changes than any of those attached to the ceramic brackets, and buccal mucosa cells attached to the metal and ceramic brackets seemed to return to their original morphology after the brackets were removed [31,32].

Our research showed significant variation of Micronucleus formulation between regions, this variation might due to the traditional nutrition ways but not to wire installation.

©2019 Hadi R AlFahadi. This is an open-access article distributed under the terms of the Creative Commons Attribution License, which permits unrestricted use, distribution, and reproduction in any medium, provided the original author and source are credited.